END_OF_DOCUMENT_TOKEN_TO_BE_REPLACED

Premiere is at the Santa Barbara Film Fest on Feb. 2nd. 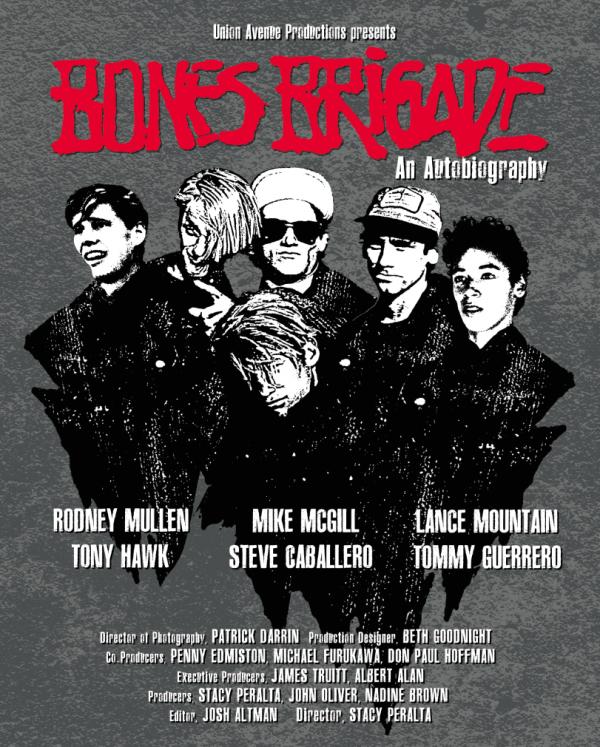 Stacy Peralta’s film, Bones Brigade : An Autobiography will have it’s West Coast premiere at the Santa Barbara International Film Festival on the evening of Thursday, February, 2nd at 8:00pm. The red carpet starts at 7:00pm.

Tommy Guerrero, Steve Caballero, Rodney Mullen, Lance Mountain, Mike McGill, Stacy Peralta and George Powell have all confirmed their attendance. A Q & A will follow the film. Unfortunately, Tony Hawk will be out of the country and will not be able to attend.

Following info provided by the Film Festival. The film will be screened in the 2000-seat Arlington Theatre. Admission is sold only through the Santa Barbara International Film Festival via passes or Mini-Paks (10-pack for $125 and $57 for the 4-pack). The 4-pack Mini-Pak acts as a punch card where four people can see one film, one person can see four, or any combination thereof. As per the Festival’s longstanding policy, THERE WILL BE NO INDIVIDUAL MOVIE TICKETS SOLD. All seating is on a first-come, first-served basis.

Please direct any inquiries to